The community fought for decades to protect this sensitive habit from densification and overdevelopment eventually securing easement rights granted to the Mountains Recreation and Conservation Authority (MRCA) for 424 acres of open space and two historic trails [link to easements on CBA Website]. Now, Berggruen proposes a revision to the Brentwood-Pacific Palisades Community Plan to create two new zoning designations for his project: The Berggruen Institute Specific Plan (BI) and the Berggruen Institute Open Space Specific Plan (BI-OS). Approval of the project’s specific plans would set a dangerous precedent in our fire-prone Santa Monica Mountains and elsewhere by allowing an end-run around existing land use regulations whenever a project is inconsistent with local community plan zoning.

The Proposal:
Berggruen proposes to develop 28 acres on two ridges” 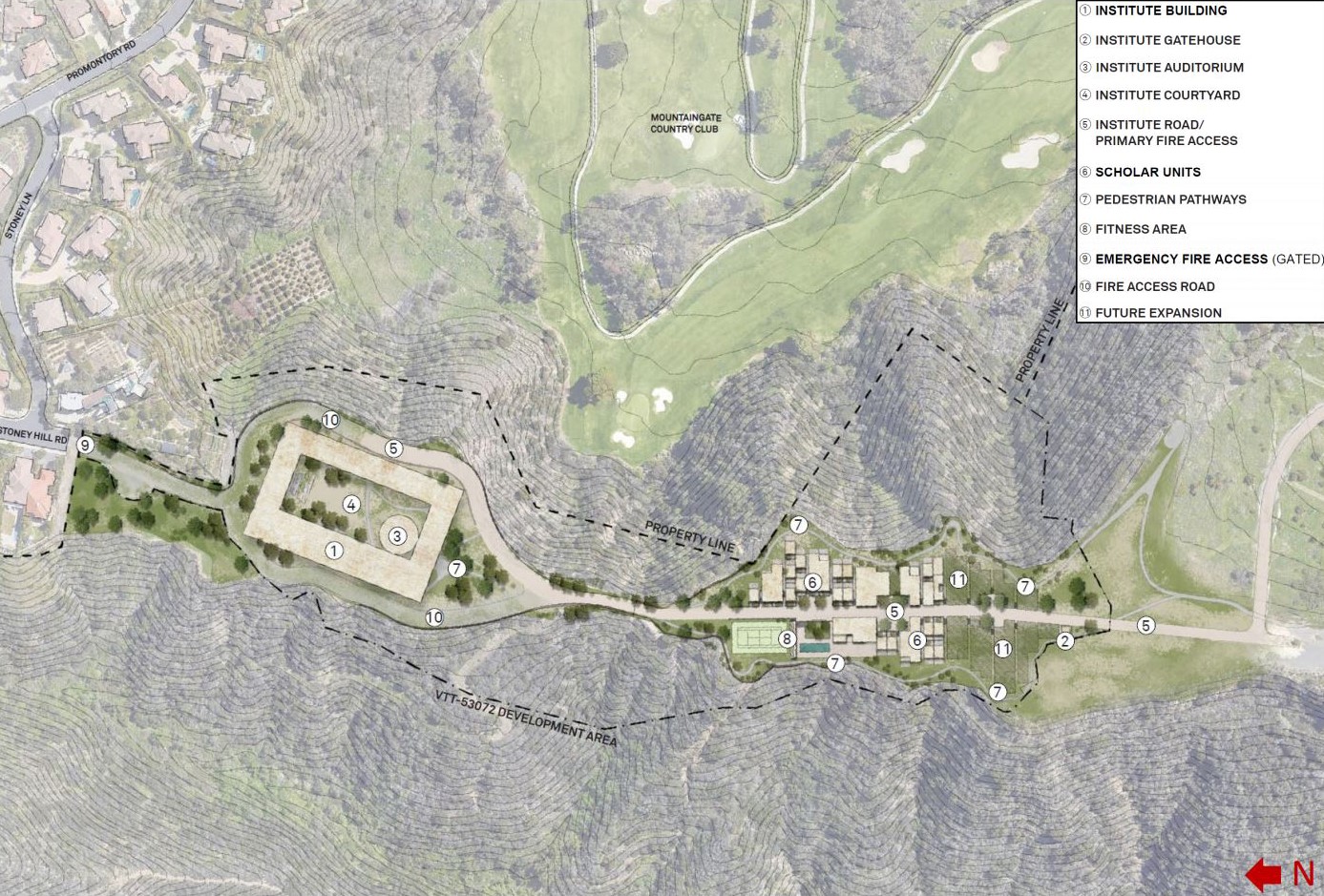 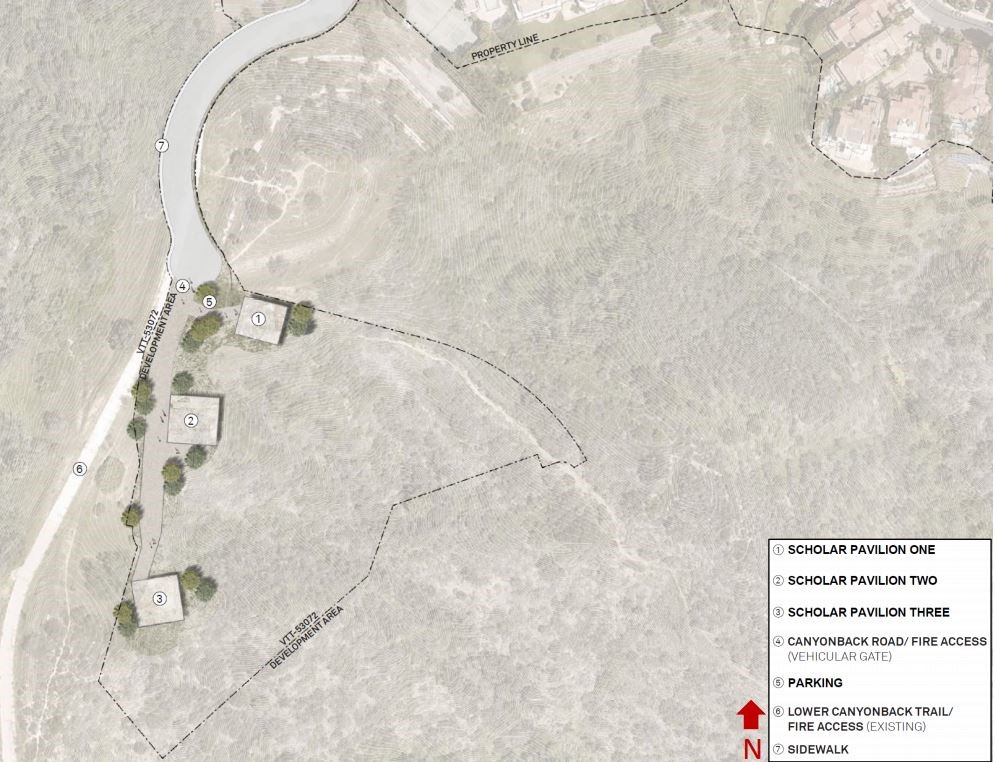 “Canyonback Ridge will be the site of three 10,000 square foot structures (guest residences, meeting and event spaces and art installations).” 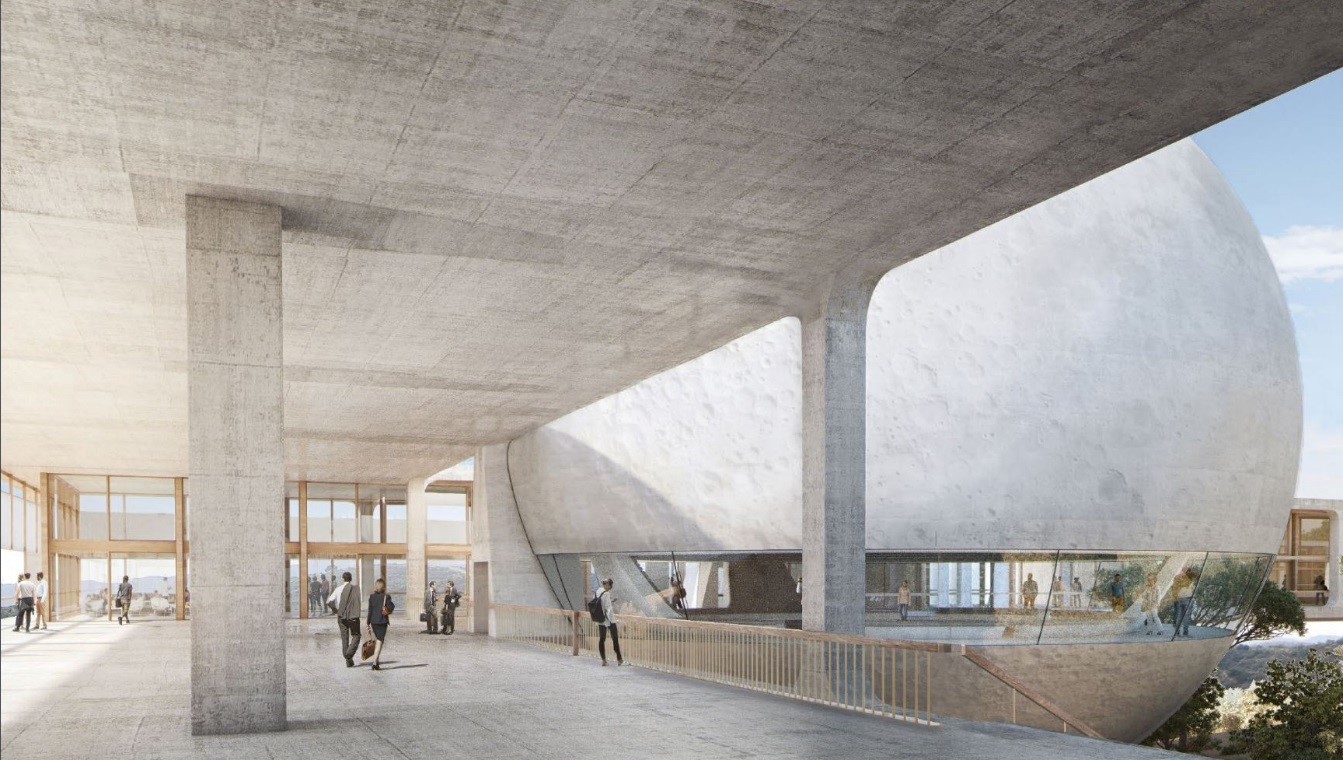 “Additional features will include a 96-foot water sphere, a 301-space subterranean parking garage and additional surface parking, a 24/7 fitness center, 20,000 square feet of outdoor covered courtyards and terraces with outdoor amplification, and 63,000 square feet of future development. There will be year-round daily staff of more than 120 employees with 45 additional staff for special events.
SIDEBAR or BOX: The Berggruen Institute property is located:

In 2014, Berggruen purchased the Castle & Cooke Mountaingate property and unveiled his vision for the Institute. After unsuccessful negotiations with Mountaingate representatives, he submitted his first application to the City for a project three times larger than the version he had presented in 2014. Most of the reconceived project was to be located in the middle of protected open space. Following the threat of litigation from the organizations that had previously saved this land, Berggruen withdrew his application. Berggruen then submitted a second application to the City, now claiming the Project was an Educational Institute, but he was forced to withdraw that application when the City determined the Project did not qualify as such.

Berggruen has now submitted his third application to the City requesting a General Plan Amendment to establish the Berggruen Institute Specific Plan, a Zone Change to allow unique zoning for the project and other deviations from code.

In November 2020, the City released the Project’s Initial Study, launching the beginning of the environmental review process. A Scoping Hearing was held via Zoom on December 8, 2020, providing an overview of the Project. Hundreds of letters were submitted to the City in opposition. Read some of the comment letters here.”